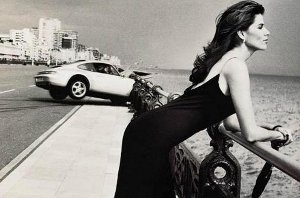 Are Women’s car insurance premiums really that much cheaper?

Hell yes, it has been shown over and over that women are far more careful than men in almost all aspects of being on the road, excluding of course those of you who insist on applying mascara or make up while driving, doing your hair  or even changing stockings would you believe.

Men are so easily distracted, have the need to show off and think that revving their engines and screeching their tyres at take off is somehow attractive to women. We have all seen them rubber necking when there is a beautiful woman in the car next to them or walking a dog on the sidewalk and all too often they have a stupid grin on their faces while they smash into the car in front of them.

Anyway, enough man bashing for the moment, the fact is that car insurance for women is cheaper, just how much cheaper is the question we would all like to know. Well, it’s not a simple question, what you need to do is allow us to get car insurance quotes for you from all of the Insurance companies in South Africa that offer car insurance for women with the perks that women deserve and the first perk we all want is a better deal, then, and only then will the guy calling when we take a long trip or the promise of money back if we don’t claim be of interest.

Just because a company says it specialises in offering insurance for women does not mean they are automatically the cheapest. The principle of Insurance is that “the premiums of the many, cover the losses of of the few” and this is true for all insurance companies. As an intelligent woman this would mean that the companies that have fewer women customers, that by offer cheaper car insurance for women they would be able to lower their overall claim risk profile.